Maple Leaf International School was the dream of a few exceptional people who sought an alternative to the traditional educational programme offered in Trinidad & Tobago…  Tessa Sutton, Barbara Bovell and Lanny Steinberg.

It was back in 1994 that both Barbara and Tessa had just had the experience of preparing their two eldest children for the Eleven Plus exam and had seen first hand the pressure put on children and their families. They felt compelled to find an alternative system that facilitated a more “balanced” approach to education. They approached Lanny who was at the time attached to the Canadian High Commission, and who had recently been through setting up a Canadian School in Singapore. The three took on the overwhelming task and within four months, managed to open a non-profit private school using the Ontario Curriculum. They were was originally located in an old colonial type building on Sweet Briar road owned by Richard Harford.

Maple Leaf International School opened its doors for the first time on September 4th 1994 with 36 students from Grades 1-6. Jim Henry, a retired principal, was hired to be the Principal and staff from both Canada and locally, were hired. Keith “Ollie” Oliver was hired as our security guard and is still employed with the school today.

A Board of Directors ensured that the school was operational with the first Chairperson being Tessa Sutton. This would guarantee that the Board had the appropriate legal, financial, educational and managerial governors in place ensuring consistency and continuity and guaranteeing the lifeline of the school.

Over time with the growing student population it was evident that the school was outgrowing its charming St Clair address. The school moved to its current Alyce Glen location in September of 1998.

Maple Leaf International School continues to build on its strong foundation secured by its original founders and produces graduates who possess a treasury of knowledge and good habits to take with them. Having developed their mind, body and character, they are ready for the next stage of education. 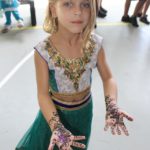 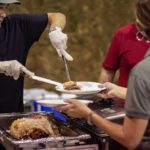 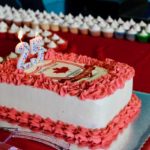